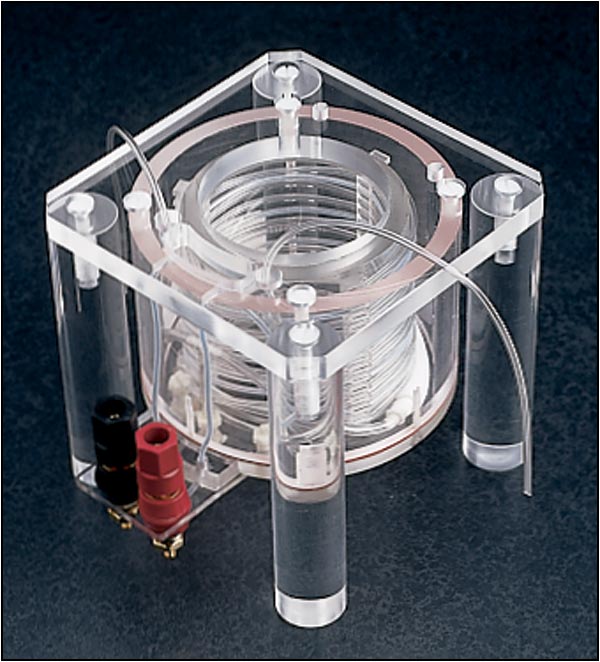 The function of the BSC-BUW Base Unit is to warm the superfusing solution in systems using either the Zbicz or Haas tops to study brain/tissue slices.

The BSC-BUW base unit consists of a double walled cylinder that is usually filled with distilled water and encloses a nichrome heating element. The cavity also contains two separate sets of PVC tubing which can transport one or two superfusing solutions to the slice chamber. The base unit also contains an aerator used to humidify the Haas Top .

The BSC-BUW base unit is mounted on legs that suspend the heating cylinder and prevents artifacts due to thermal expansion of the heating cylinder. This design prevents movement of the top unit and slice during temperature changes. The base unit is specifically designed to accept both the BSC-HT and the BSC-ZT top units, making the BSC-BUW both economical and versitile.

For information on the entire system please visit the BSC System page.